Delivered worldwide within days of harvest, pure and straight from Ceylon 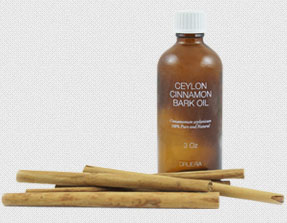 Ceylon Cinnamon Bark Oil possesses the delicate aroma of the Cinnamon spice and a sweet taste. The major constituent is Cinnamaldehyde but other, minor components impart the characteristic odour and flavour.

The effects of Ceylon Cinnamon bark oil are stimulating, heating, stomachic, carminative, and tonic. The oil is one of the most powerful stimulants we possess, and it is sometimes used as a cordial in cramps of the stomach, and in syncope; or as a stimulant in paralysis of the tongue, or to deaden the nerve in toothaches. But it is principally employed as an aromatic, to cover the disagreeable taste of other ingredients.